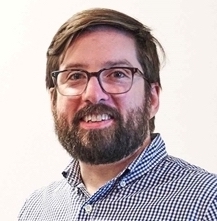 I use several experimental methodologies in my research, including questionnaires, behavioral responses, eye tracking, and neuroimaging. When combined, these methods are highly suited to revealing specific neurocognitive adaptations that occur as a function of real-world language experience. Recently, I have begun to incorperate machine learning and network science as methods to build and test cognitive models of language use and executive control.

I first realized my interest in languages in my German classes in secondary school. During my undergraduate studies at the University of Massachusetts, Amherst, I became fascinated by how people understand and produce language, and I decided to pursue Linguistics and Psychology as my major. After receiving my B.A. in 2007, I joined the Center for Language Science at Penn State as a Research Assistant. Working for the Center, I helped conduct psycholinguistic studies on bilingual language processing.

You can find out more about my interests by visiting my Research page.