I developed a methodological approach using entropy (a measure of uncertainty and diversity; Shannon, 1948). Language entropy estimates individual- and contextual-level differences in the extent to which multiple languages are engaged (Gullifer et al., 2018, 2021; Gullifer & Titone, 2020, 2021). I developed and tested an open-source R package to compute it from questionnaire data. 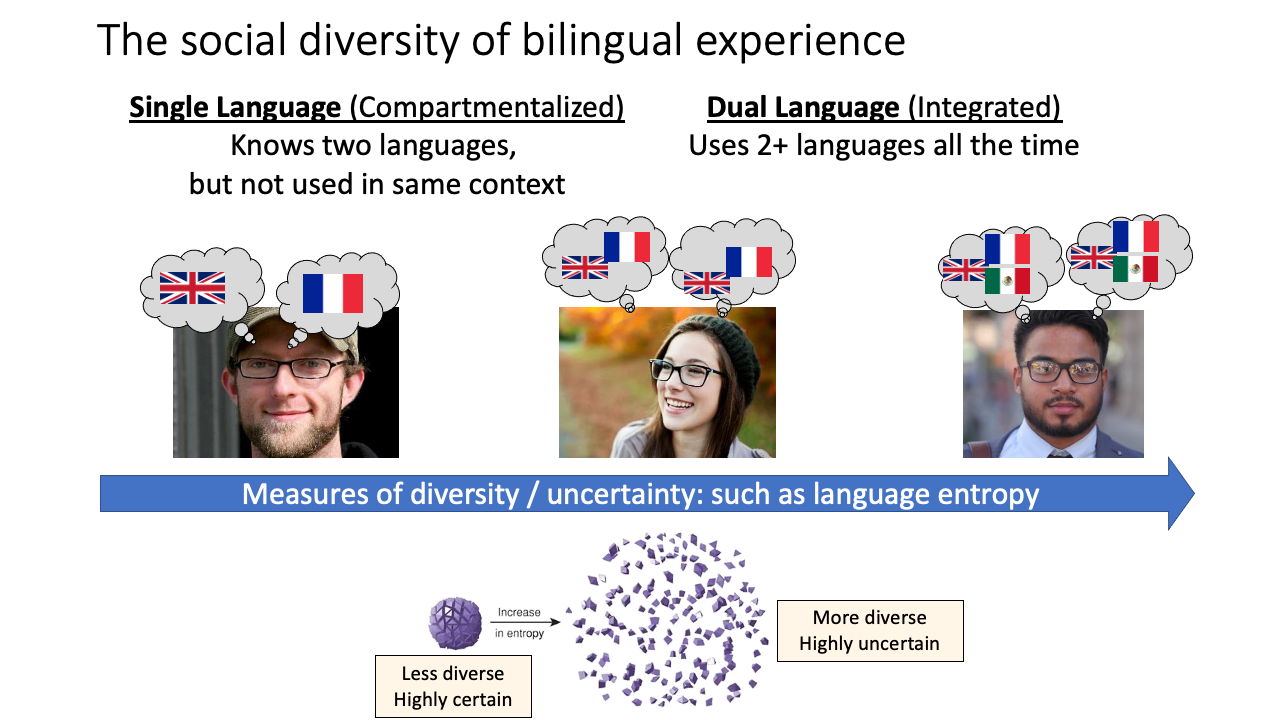 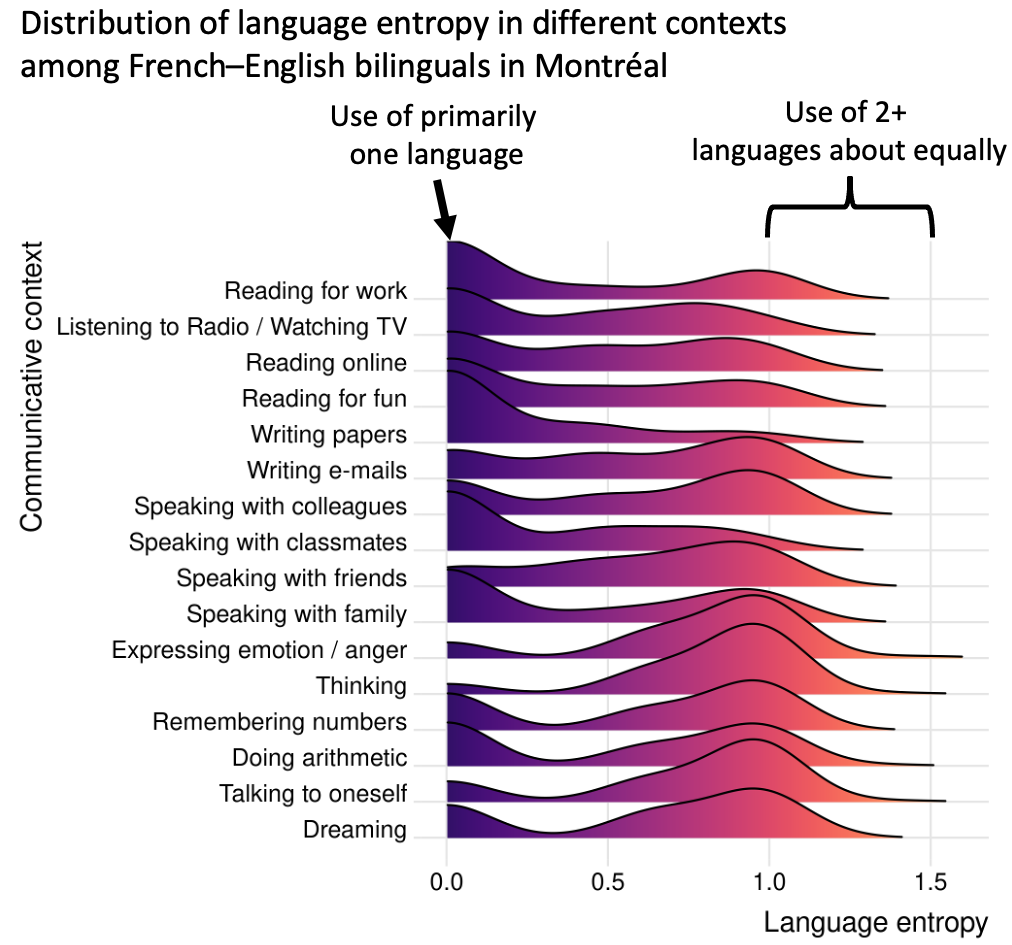 In my research on bilingual adaptation, I have found that individual differences in language entropy relate to aspects of language proficiency, executive control, and brain organization. In other words, bilingualism adapts the neurocognitive systems responsible for language and control.

There are many different ways to measure language diversity among bilinguals and multilinguals. Check out my work on network science to see more!